Déan do dhícheall i gcónaí 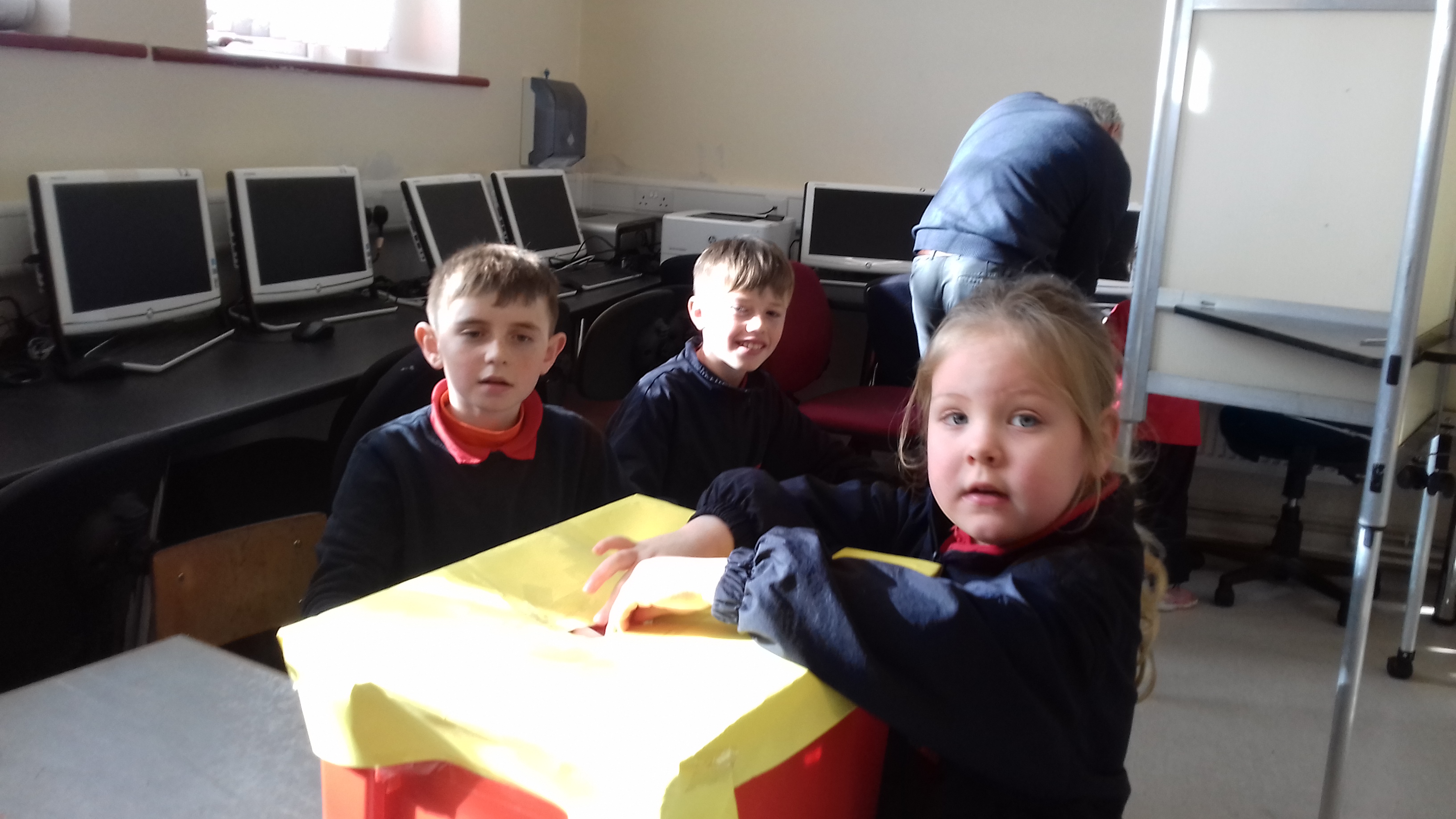 In keeping with the current election fever that is currently gripping the country, St. Finian’s NS held its own presidential election with seven candidates putting themselves forward. Isolde Egan, Eva Fitzgerald, Eliza O’ Sullivan, Darren O’Sullivan, Beta Farrell, Patrick O’ Sullivan and Katy Galvin all in the running for President. In what was a fiercely competitive race, Darren O’Sullivan was elected on the first count with Eliza O’Sullivan being elected as Vice-President.  Many thanks to Kieran O’Dwyer and Cathal O’Sullivan who were the presiding officer and polling clerk on the day. 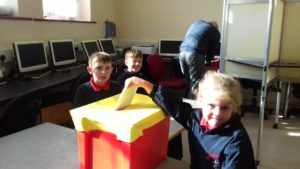 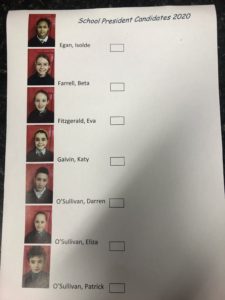